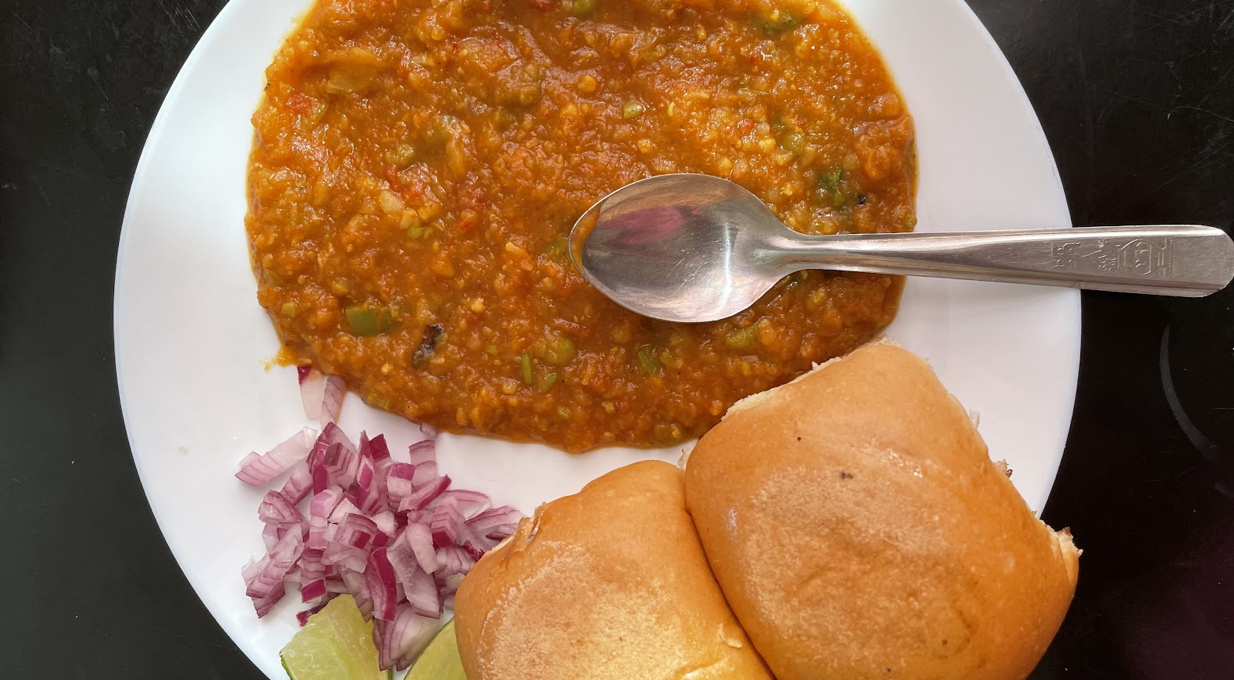 Pav bhaji originated in Mumbai. This dish was particularly served as fast food for the textile industry workers who had to work for long hours and often missed their meals and this dish
served the required nutrition from the combination of vegetables and bread. So pav bhaji was a quick and easy meal that was invented to feed the textile workers.

Nowadays pav bhaji has become the most popular street food all over India. Pav bhaji
is the combination of pav and bhaji. Pav is bread roll or dinner roll and bhaji means gravy-based
vegetables. When both are served together it is called Pav bhaji.

Pav bhaji is liked by all ages and I never met any kids or any person who doesn’t like this dish. Just the fragrance of bhaji when it is cooking is enough to make you crave it.

Pav bhaji has spicy mashed vegetables served with pav(dinner roll). Bhaji is a combination
of mixed vegetables like potatoes, tomatoes, capsicum, onions, cauliflower, peas, and lots of spices like garlic, ginger, Kashmiri red chili powder, turmeric powder, salt, lemon, and most the important thing is Pav bhaji masala. Pav bhaji masala is a special blend of flavorful spices used to give a nice and aromatic flavor. You can buy pav bhaji masala from a store or make it at your home. but especially I like to use ready-made Badshah Bombay style pav bhaji masala.

Make a simple and easy pav bhaji recipe at home.

How to make Mumbai-style pav bhaji?

Bhaji is a thick buttery flavorful mix of vegetable curry served with dinner roll or pav and onion and lemon. please follow my step-by-step photo recipe for the best mouth-watering results.